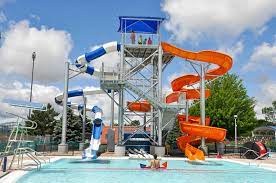 Star City Shores, 4375 S. 33rd Ct., will close Aug. 8 through Aug. 11, due to a lifeguard staffing shortage. Star City Shores will reopen on Aug. 12 for the final weekend of the season

(KFOR NEWS  August 2, 2022)   Lincoln Parks and Recreation announced Monday that Star City Shores, 4375 S. 33rd Ct., will close August 8th through 11th, due to a lifeguard staffing shortage. Star City Shores will reopen on August 12th for the final weekend of the season.

Star City Shores will host Dog Splash from 6:30 to 8:30 p.m. Sunday, August 14. Tickets are $10 per dog (cash only) and will go on sale at 6 p.m. at the front gates. Each dog may be accompanied by up to two people. Children must be at least eight years old. The event features an area for small dogs and retrieval activities in the lap lanes. When dogs are not in the water, they must be on a leash. Dog Splash is sponsored by the Lincoln Parks Foundation and the Greater Lincoln Obedience Club. For more information about Dog Splash, visit lincoln.ne.gov (search: dog splash) or contact Janet Ball at 402-416-5540.

READ MORE:   Recall: Don’t Use Sunscreen Until You Read This