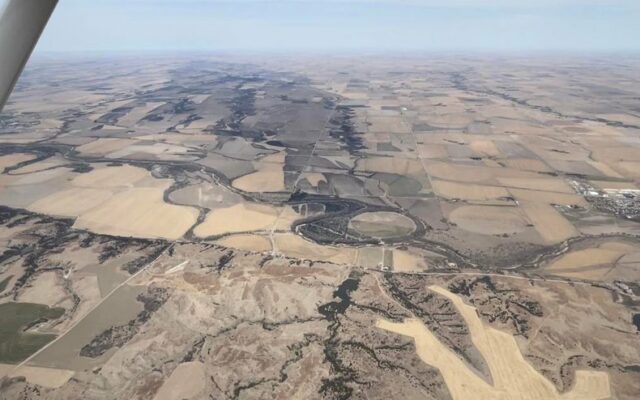 (KFOR NEWS  April 12, 2022)   EDISON, Neb. (AP) – State officials say a wildfire in southern Nebraska that destroyed some homes and produced thick smoke that led to the traffic death of an area fire chief has been about half contained.

The Nebraska Emergency Management Agency said in a Facebook post Sunday the fire, which consumed some 35,000 acres, was 50% contained.  The agency said there will be a decrease in the number of firefighters over the coming days as containment of the fire progresses.  The blaze started Thursday after a dead tree was blown into a power line, with strong winds and dry conditions fueling its spread in Gosper and Furnas counties.

On Monday, Governor Ricketts traveled to Holdrege to meet with local officials about the needs of landowners and first responders as they look toward a long road of recovery.  Top of mind was impacted infrastructure and the scarcity of available resources to replace what was damaged in the fire.

KNOP in North Platte reports following that meeting, Governor Ricketts and emergency management leadership traveled to Arapahoe to speak with fire chiefs, Brian Sisson and Wesley Hock who were in charge of the overall response to the fire.