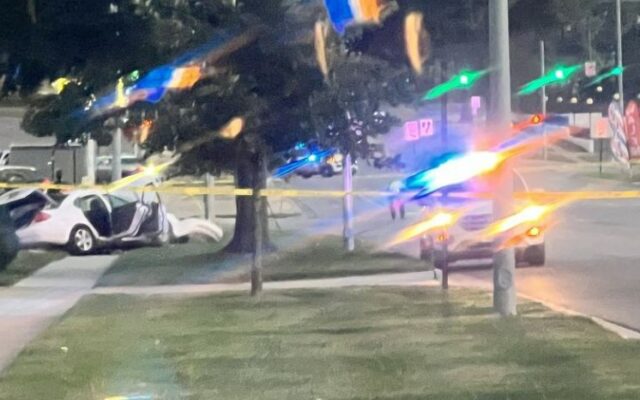 Police at the scene of a deadly, single-vehicle crash at Cotner & Holdrege on Labor Day.(Aaron (10/11 Viewer Submission)

Monday afternoon around 4:30pm at Cotner and Holdrege, LPD said a northbound vehicle with 5 people inside crashed into a light pole, then a utility signal box which controls the traffic signals at the intersection before ending up alongside the Cotner Center Condominium building.

Our partner, 10/11 NOW reports all five people went to the hospital.  Four in non-life-threatening condition, but the fifth person, a 25-year-old man with critical injuries, died at a Lincoln hospital.

The intersection was closed until around 12:30 in the morning on Tuesday.  Police say the cause of the crash is still under investigation.