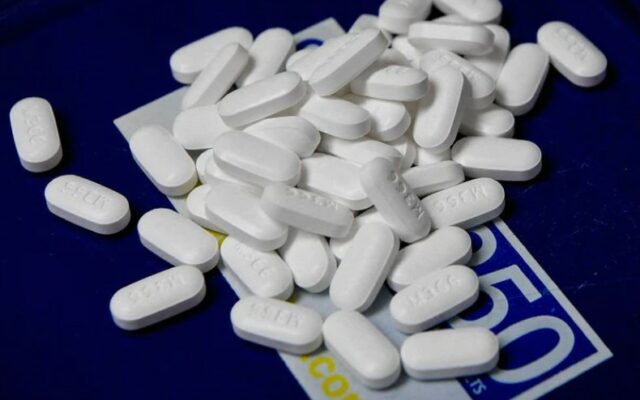 Tablets of the opioid-based Hydrocodone at a pharmacy in Portsmouth, Ohio, June 21, 2017. REUTERS/Bryan Woolston/File Photo

“While many specific details must be finalized, this settlement can provide critically needed additional resources to combat the opioid crisis, which has only grown more dire in recent months,” said Attorney General Peterson. “This agreement can build upon the momentum and existing structures that states and subdivisions have created through the previous opioid settlements to support our communities in doing this important work.”

Teva has agreed to a settlement in principle on key financial terms that would provide $4.25 billion in cash, including payments under recent opioid settlement agreements with individual states. States and subdivisions that have not yet reached a settlement with the company will be eligible to participate. The deal also includes an option for each participating State to accept a share of $1.2 billion of Teva’s generic naloxone product (as valued at Wholesale Acquisition Cost or WAC) or cash in lieu of the product. Naloxone is used to counteract overdoses.

Teva disclosed the agreement Tuesday ahead of its earnings announcement Wednesday.

The parties have agreed on the following financial terms:

The negotiations are being led by the twelve lead states who are still engaged in further negotiations.