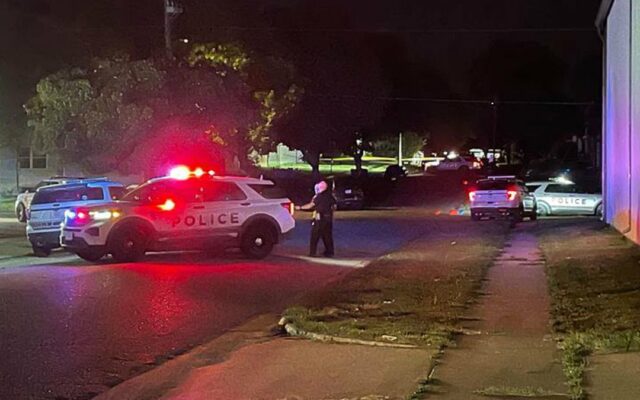 Police are now looking for 19-year-old Jason A. Hernandez, who they say is the man who pulled the trigger shooting two other party-goers at the home. According to court documents he is now being charged with three felonies: first-degree assault and two weapons charges.

An arrest warrant was also filed for him Thursday but so far he has not been taken into custody.

Witness testimony in a probable cause affidavit describes Hernandez’s actions throughout the night. A witness told police he “had the handgun out and observed him waving it around, (the witness) stated Jason A. Hernandez pointed the handgun at all the males at the party.” It goes on to say that he predominantly pointed it at a man who was later shot in the chest.

Witnesses also describe Hernandez telling others at the party that he was intoxicated.

The shooting is alleged to have happened in the kitchen. Multiple witnesses detailed hearing a single gunshot and then ensuing chaos. The result left two men with gunshot wounds. The first was an 18-year-old who was shot in the chest. The victim describes the shooting as “intentional”, according to the affidavit. The other victim was a 19-year-old male who was grazed with a bullet on his left shoulder.

Following a search of the home where the shooting occurred, police found one shell casing and blood in the kitchen area.

Lincoln Police also located one silver and black Glock handgun in the middle of the street. The 18-year-old who was shot in the chest told Lincoln Police that after he was shot he took the gun from Hernandez and ran out of the house before making contact with an officer on the scene.

The individual shot in the chest was in stable condition at last check, while the other suffered non-life threatening injuries.