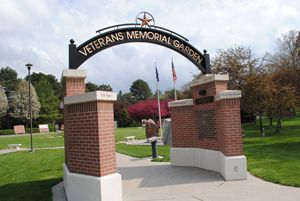 Music will be provided by singer Sean Flattery, and taps will be performed.

The Veterans Memorial Garden was created after hundreds of people viewed a traveling Vietnam Memorial Wall exhibit while it was in Lincoln in 1989. The garden contains over 5,000 personalized bricks that celebrate the pride, patriotism, and sacrifices of military personnel.