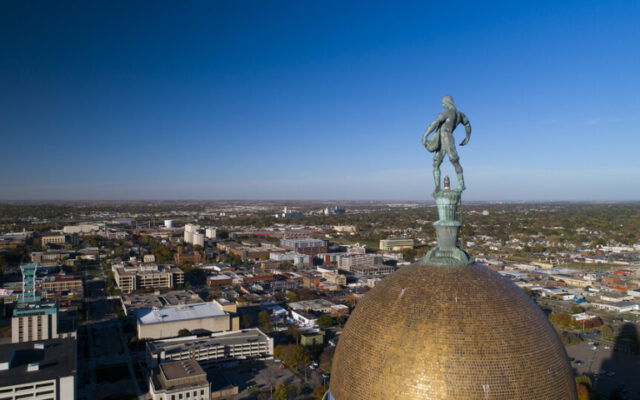 The report, which looks at six key indicators or topics — community profile, economy and workforce, basic needs, education, health, and safety and security — found that Lincoln is thriving but that some weaknesses have persisted, and new population trends will likely shape future needs for services and community initiatives.   Data for the report were collected from 2020 and 2021 through various public entities, including the U.S. Census Bureau, Lincoln Public Schools, Centers for Disease Control and Prevention and Bureau of Labor Statistics.

Stacey Hoffman, senior research manager for the Public Policy Center and first author on the report, said there are several facets of the report that are encouraging for Lincoln and its residents.

“There are some things that we do consistently well,” Hoffman said. “We are a very safe community. Our crime rates are very low, and the violent crime rate, in particular, is impressively low compared to other cities our size. Our workforce is highly educated. Our unemployment rate is consistently among the lowest in the nation. We are seeing our ethnic and racial diversity increase in the city.”

Additionally, the rate of poverty has improved.

“We’re seeing trends go in a good direction in rates of poverty, homelessness and food insecurity. All three have decreased over the last decade,” Hoffman said. “However, it looks as though it took us about a decade to recover from the 2008 recession.”

In population trends, the report showed that in the past decade, the 65-plus age group has grown in size by 44%, while overall, the population grew 10%.  The increase among an older population will likely drive a demand for services and initiatives in Lincoln.

Areas for improvement were also found. Neighborhoods experiencing a combination of extreme poverty and poor health also tend to have higher concentrations of children.  Inequality is also evident in income levels and educational attainment.

“There are concerns that our incomes, adjusted for cost of living, trailed inflation and that gap is creeping up,” Hoffman said. “Housing has gone up, in particular, and I think that is driving that gap. We’re also seeing persistent gaps between some of our populations of color and overall trends for education, employment and income, and those disparities are fairly long-term trends. That’s going to be a challenge for us to change those trends.”

With the release of the latest report, Hoffman said community leaders and organizations can make informed decisions about where to allocate resources.  Since 2014, Lincoln Vital Signs has been produced biennially and has guided philanthropic giving, community organizing, community resources, economic development, needs assessments and more.  The report has helped Lincoln’s leaders become aware of opportunities and challenges and has led to collaborations across the city, including Prosper Lincoln, which brings together numerous stakeholders from all facets of the city to improve the community.  Prosper Lincoln has been working to strengthen five areas highlighted in the report: affordable housing, early childhood education, careers and employment, stronger neighborhoods and civic investment.

“The results of the initial Vital Signs report led to a community-wide effort to really work on putting programs in place that targeted areas of need,” Hoffman said. “With each new report, they have adjusted those goals. They’re definitely looking at the data to guide their focus.”

Lincoln Vital Signs is hosted at https://www.lincolnvitalsigns.org, where users can access and interact with data and read and download the full report.