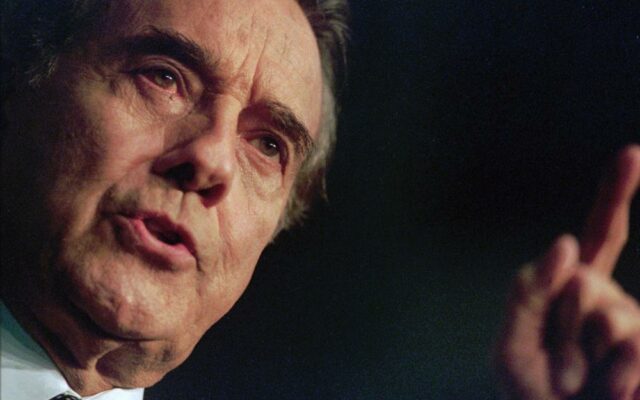 TOPEKA, Kan. (Dec. 5, 2021 – AP) — Bob Dole, who overcame disabling war wounds to become a sharp-tongued Senate leader from Kansas, a Republican presidential candidate and then a symbol and celebrant of his dwindling generation of World War II veterans, has died. He was 98.

His wife, Elizabeth Dole, said in an announcement posted on social media that he died early Sunday morning in his sleep.

Dole announced in February 2021 that he’d been diagnosed with stage 4 lung cancer. During his 36-year career on Capitol Hill, Dole became one of the most influential legislators and party leaders in the Senate, combining a talent for compromise with a caustic wit, which he often turned on himself but didn’t hesitate to turn on others, too.

He shaped tax policy, foreign policy, farm and nutrition programs and rights for the disabled, enshrining protections against discrimination in employment, education and public services in the Americans with Disabilities Act.

Today’s accessible government offices and national parks, sidewalk ramps and the sign-language interpreters at official local events are just some of the more visible hallmarks of his legacy and that of the fellow lawmakers he rounded up for that sweeping civil rights legislation 30 years ago.