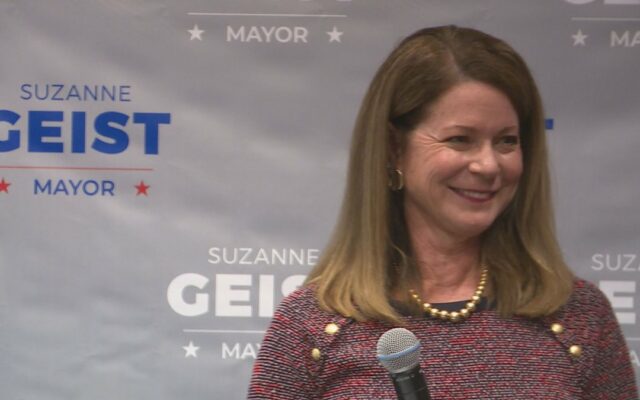 Lincoln, NE (September 14, 2022)  State Senator Suzanne Geist today announced a campaign for Mayor of Lincoln.  Geist, a Republican, is just finishing her sixth year representing Legislative District 25 in South Lincoln.  She said the duties as a State Senator are good preparation for the job of Mayor.

“The preparation that goes into that involves enormous levels of study and research” she said.

Geist told supporters who attended her announcement that she plans to listen to all points of view if elected.

“I’ll lead an administration that brings all voices to the table, from all walks of life, listen to all the citizens, from large business to single proprietor, from factory worker to land developer.”

She said she would be open to the needs of Business.

“I imagine an administration that strives to say ‘yes’ to business and innovation, to open doors and not close them.”

Lincoln will elect a mayor next spring. Mayor Leirion Gaylor Baird was elected in 2019, and is in the final year of her first term in office.