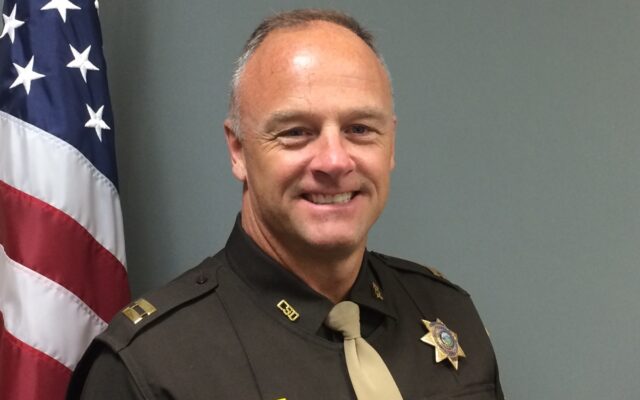 Lincoln, NE (Mach 2, 2022)  After 32 years of service to the citizens of Lancaster County, Captain Tom Brookhouser will retire today from the Lancaster County Sheriff’s Office.  Captain Brookhouser started his career in March of 1990 and attended the 104th Basic Training Session at the Nebraska Law Enforcement Training Center where he finished as the top academic student.

While a deputy, Captain Brookhouser was assigned as a Patrol Deputy, Narcotics Investigator, and Criminal Investigator.  In August of 1997, he was promoted to the rank of Sergeant.  As a Sergeant, he served in the Courts Division, Patrol Division, and was the Sergeant in the Metro Fugitive Tasks Force.

In June of 2013 he was promoted to his current rank of Captain.  As a Captain, he Commander the Civil Division/Personnel & Training Unit and since 2017 he has Commanded the Patrol Division.

In 2014 Captain Brookhouser was the recipient of the Sheriff’s Office Gallantry Star Award for his bravery in an Officer involved shooting incident.