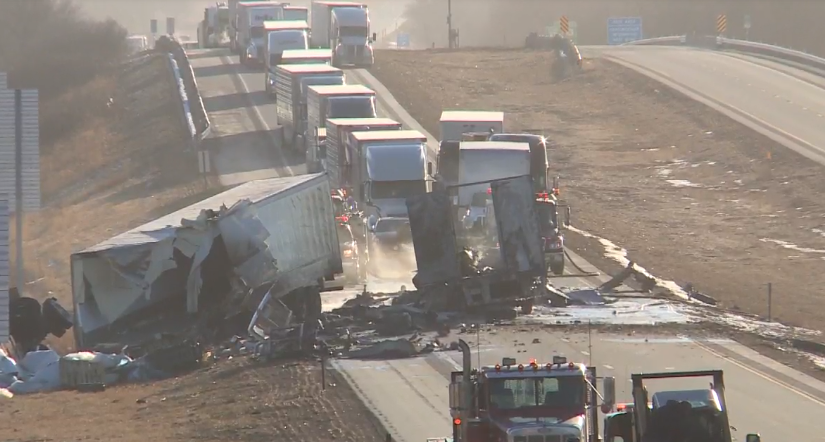 March 11, 2022 (Seward, NE.) Seward County Sheriff, Mike Vance has identified the three deceased  victims from the tractor-trailer crash that occurred on I-80 near Mile Marker 380 in  Seward County Tuesday.

The second tractor-trailer was occupied by Gurminder Melde, 45, of North  York, Ontario, Canada, and Satvinder Melde, 49, also of North York, ON. Mrs. Melde was  pronounced deceased on scene. Mr. Melde was life flighted to Bryan Health in Lincoln. His  injuries were initially reported to be critical.

A third tractor-trailer, which swerved to avoid the crash and ended up on its side, was also occupied by a two person team.  Their identities were not released, but the Sheriff said they were treated and released at the scene.

The Seward County Sheriff’s Office and staff offer their condolences to all  of the family members affected by Tuesday’s tragedy.