State Board Of Education Hears Mostly Opposition To Health Guidelines 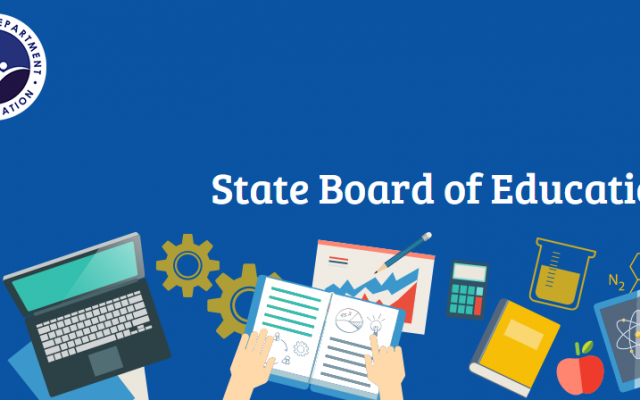 Lincoln, NE (April 2, 2021)  The Nebraska State Board of Education is receiving a lot of input from the Public on its proposed health guidelines for local School districts.  A Public Hearing on the first draft of the guidelines drew dozens of members of the Public, most of them testifying against the document.

Board President Maureen Nickels said that 700 written comments and over 4,000 e-mails have been received.  All of those comments, and today’s Public testimony, will be digested by Staff members as a second draft is developed.  Education Commissioner Matt Blomstedt told the Board the second draft would be ready for review sometime this summer.

In the Public hearing, comments generally indicated strong disagreement with the concept of describing sexual acts and gender identity as appropriate topics for Public School curriculum, particularly for younger children.

Christina Campbell, who’s a candidate for Lincoln’s Board of Education, said the proposed classroom material is way too explicit.

Leah Johnson told the Board the proposed curriculum would put students in danger.

“Some of the questions that arise from topics that deviate from traditional family roles should be addressed by parents, at home, as they will likely lead to more in depth questions.  It is lowering the threshold of acceptable discussions with relative strangers, putting them at risk of being targeted by sexual predators.”

“You cannot teach about sex without teaching about values, and about the emotional connection that takes place when two people mutually decide to engage in this sacred act.”

“Why does the curriculum teach kindergarteners so much mature content when they have trouble deciding what they want to pack for lunch on a daily basis?  Why can’t we just let kids be kids without shoving a radical left wing agenda down their throat?”

Board of Education Member Robin Stevens of Gothenburg answered that comment by saying the guidelines are voluntary for local School Boards, adding they can choose to accept or ignore them.

Commenting at their end of their meeting, several Board of Education members stressed that it’s early in the process, and that the process should be followed.  Several said they would never knowingly place children in harm’s way, as several of those testifying indicated.

The proposed guidelines for schools also drew significant criticism from State Officials.  28 members of the Legislature co-wrote a letter urging the Board to reject the guidelines.  Governor Pete Ricketts said he believed that they had been drawn up by political activists.