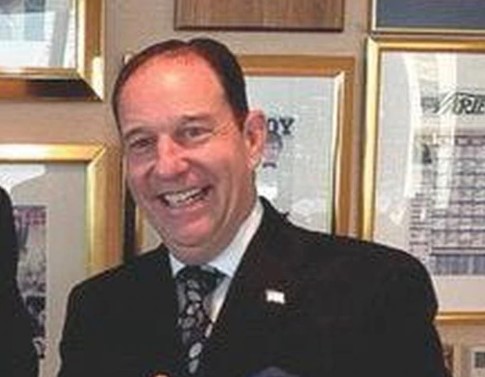 Online publication, The Nebraska Examiner, who broke the story last week of the allegations against Herbster, is reporting that those three people were upset by Herbster’s denials of the behavior and how some of his political allies have treated Peru State Senator Julie Slama since the initial report from the Examiner, where she spoke on the record about her encounter with Herbster.

Edward Boone, a combat veteran and an aide in the Nebraska Legislature, was one who went on the record officially based on “faith” and “ethics”, nothing political. Boone told the Examiner on Monday he thought it was “ridiculous” after hearing Herbster deny the allegations and claiming they were false, “because I’ve seen him first-hand grope a woman.” Boone was referring to the incident between Herbster and Sen. Slama in 2019 at a fundraising dinner in Omaha. Boone also said that Herbster would shake hands with the men, but with the young women, he would pull them in with a hug.

A legislative staffer that worked on Gov. Pete Ricketts’ 2018 campaign, Alex DeGarmo, came forward to support Sen. Slama. DeGarmo also attended that same function in 2019 and said Slama told him about the encounter with Herbster. DeGarmo described Slama as being “shaken and disturbed.”

The third person to come forward to The Nebraska Examiner, Kelsey McDonald, said she and two of her friends went to Herbster’s April 2021 campaign kickoff event in Fremont. All three women went to get a picture taken with Herbster. After walking away, one of McDonald’s friends said that Herbster grabbed her buttocks.

McDonald also said she was groped by a man, not Herbster. She told The Examiner, “As a woman, I don’t want to be praised for just being a woman. But it feels disrespectful when you’re trying to do something serious, and to know that’s how you’re looked at, instead of an individual or someone who has something to offer. You feel just more objectified.”

McDonald said watching Sen. Slama come forward to tell what happened to her was key for McDonald to do the same thing.