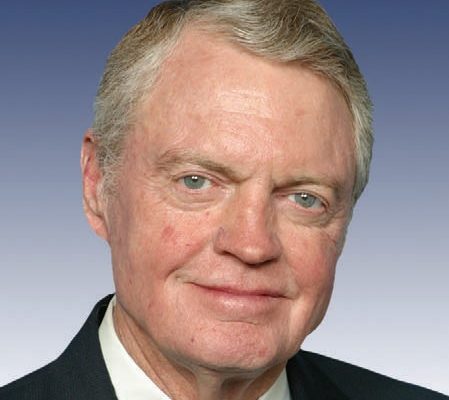 The former Nebraska football coach, athletic director and congressman will deliver the keynote address, “Begin with the End in Mind,” during the University of Nebraska–Lincoln’s undergraduate commencement ceremonies at 10 a.m. and 4 p.m. at Memorial Stadium.

A native of Hastings, where he earned his bachelor’s degree at Hastings College, Osborne enjoyed a brief playing career in the National Football League before receiving his master’s and doctoral degrees in educational psychology at Nebraska while serving as an assistant coach under Bob Devaney. Osborne was named Devaney’s successor in 1973 and over the next 25 years established himself as one of the best coaches in college football history. He guided Nebraska to 13 conference titles and three national championships, and helped Nebraska claim the most Academic All-Americans in the nation. He was elected to the College Football Hall of Fame in 1999.

After retiring from coaching, Osborne turned his attention to teaching graduate courses at Nebraska. In 2000, he was elected to represent Nebraska’s 3rd Congressional District, where he served three terms. In 2007, Osborne returned to the university to serve as athletic director, leading Nebraska Athletics into the Big Ten Conference one year before retiring in 2012. Osborne has devoted countless hours during his career toward a unique mentoring program. The TeamMates program, founded in 1991 by Tom and his wife, Nancy, provides support and encouragement to more than 10,000 school-aged youth in five states with the goal of seeing them graduate from high school and pursue a post-secondary education.

The May exercises will be the first time since December 2019 — before the start of the COVID-19 pandemic — that the university has held full-fledged commencement ceremonies in person. More than 3,500 degrees will be conferred during ceremonies May 7th and 8th.