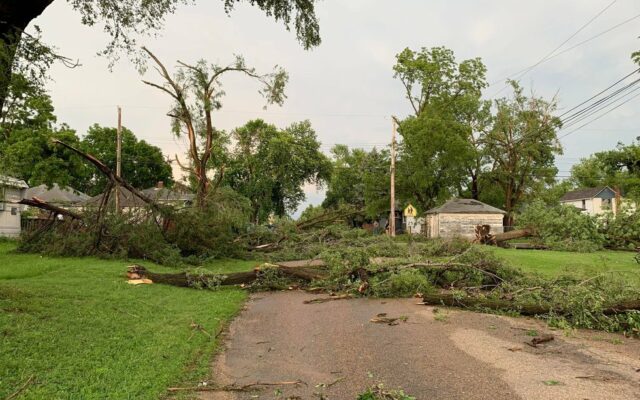 LINCOLN, Neb. (June 12, 2022 – KOLN) – According to National Weather Service tornado reports from Saturday, a tornado touchdown was observed by law enforcement in Wymore in Gage County around 5:30 p.m. Saturday evening. Minutes previously, trained spotters reported a brief touch down of a tornado east of Blue Springs, also in Gage County. These reports are still being confirmed by the National Weather Service.

A 10/11 News reporter on scene reported residents in Wymore are working to cleanup storm debris with chainsaws and Bobcats. Power poles were snapped and bent and trees were downed.

Wymore Volunteer Fire and Rescue was seen checking houses to make sure everyone was safe.

Wymore and Blue Springs Fire departments also battled a house fire along Highway 77 near the middle of town. As a result, Highway 77 was shut down for clean up. Wymore Police said no one was home at the time of the fire.