Tornadoes Confirmed Near Goehner, In Unadilla on Tuesday Night 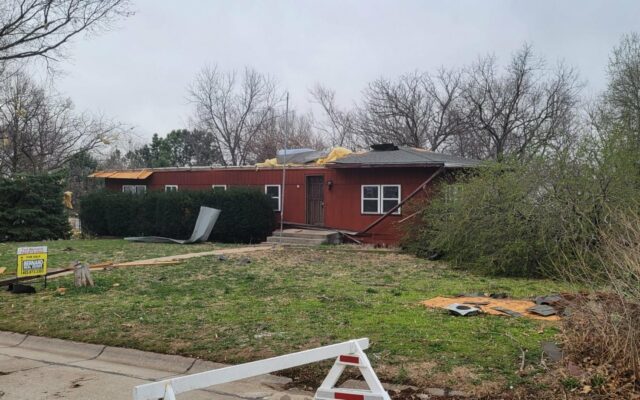 Damage to a home in Unadilla, Nebraska, about 28 miles east of Lincoln, from a tornado that struck on April 12, 2022. (Photo Courtesy of Brandon Isaacs)

A storm survey shows the tornado in Seward County touched down along West “O” Street between 378th and 392nd Roads, which is south of I-80 southwest of Goehner around 6:45pm Tuesday.  No damage was reported and weather officials can’t determine the peak intensity of the twister.  There was video evidence, though, of the tornado happening.

Then around 8:24pm Tuesday, a tornado touched down in Unadilla, about 28 miles east of Lincoln, in Otoe County that was on the ground for one minute and moved only 0.1 miles.  The twister was rated an EF1 with peak winds near 100 mph.  Damage was done to trees, shingles, siding and gutters and broke windows to a few homes.

No reports of any injuries.