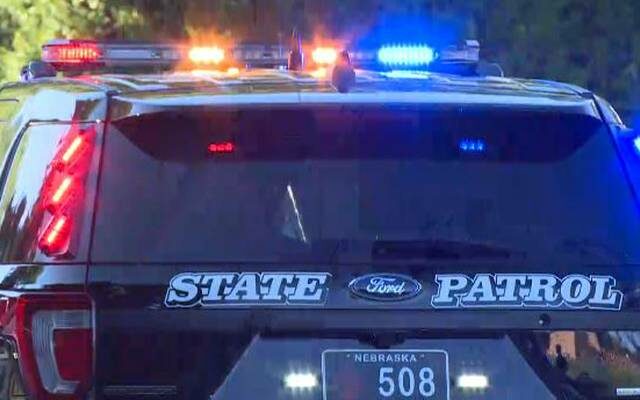 The first incident occurred at approximately 6:45 a.m. when NSP was alerted that the Cedar County Sheriff’s Office was in pursuit of a woman who had escaped from custody and stolen a pickup. A trooper was able to locate the pursuit and successfully deploy stop sticks as the pickup was traveling southbound on county roads.

As the pursuit entered Wayne County, the trooper took over as primary in the pursuit. After a few minutes, the vehicle drove into a corn field southwest of Carroll. The trooper did not pursue into the field. As the pickup attempted to exit the field, it struck a tree and came to a stop. The suspect fled on foot.

Deputies and the trooper located the driver, Samantha Fredericksen, 31, of Sioux City, Iowa, after a short search and took her into custody without further incident. She was transported to the Cedar County Jail. Charges are pending.

The second incident occurred at approximately 9:10 p.m. when a trooper observed a Chevrolet Impala run a red light at the intersection of 24th and Cuming in Omaha. The trooper attempted a traffic stop, but the vehicle refused to yield. The trooper initiated a pursuit as the vehicle continued driving on surface streets. The suspect vehicle eventually entered southbound Interstate 480 and continued to flee.

After approximately three miles, the vehicle came to a stop and the driver was taken into custody without further incident. Six children were located in the vehicle.

The driver, Tiara Cook, 33, of Omaha, then provided a false name to troopers. She was lodged in Douglas County Jail for flight to avoid arrest, willful reckless driving, criminal impersonation, child abuse/neglect – no injury, obstructing a peace officer, and multiple outstanding warrants.