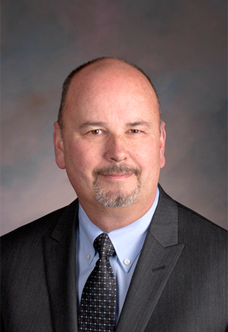 NDCS Director Frakes has announced his resignation after having led the State’s corrections agency since 2015.

“Scott has been a highly effective leader of our State Department of Corrections,” said Gov. Ricketts.  “He has moved forward major capital construction projects, dramatically grown our corrections workforce, and guided the agency through the challenges of the coronavirus pandemic.  His automation of the sentence calculation process is one of many data-driven improvements he has made to the department.  I appreciate Scott’s dedication to keeping Nebraskans safe, and I wish him well in his future endeavors.”

“It has been an honor to be a part of Governor Ricketts’ cabinet, and to serve the citizens of Nebraska,” said Director Frakes.  “Leading and working beside the 2,200 team members that make up NDCS has been an incredible experience—truly the high point of a 40-year corrections career.  I am proud of the many accomplishments the agency has achieved during my tenure.  Seeing those things come to fruition, to the benefit of staff members and our inmate population, has been enormously satisfying.”

Tasked with transforming Nebraska corrections, Director Frakes has made significant changes to the way the agency is run.  His accomplishments include:

NDCS Director Scott Frakes’ resignation is effective as of October 7, 2022.

Additionally, Chris Cantrell has announced his resignation as the State’s Fire Marshal, having served in that capacity since September 2018.

“During his tenure as State Fire Marshal, Chris has worked diligently to protect lives and property from fires, provide emergency responders with top-notch training, and streamline inspections for Nebraskans,” said Gov. Ricketts.  “Chris has been instrumental in the creation of the State’s Type 3 Incident Management Team.  This team has allowed the State to take over command of incidents within our borders when the scope of disaster exceeds the capabilities of local responders.  I’m grateful for Chris’ leadership, and the many enhancements he has made to our State Fire Marshal’s Office.”

“Over the past four years, the State Fire Marshal Agency has made great strides towards embracing technology to enhance how we conduct business, and how people interact with us,” said Fire Marshal Cantrell.  “By embracing Governor Ricketts’ commitment to public safety, efficiency, effectiveness, and his vision to Grow Nebraska, we have become a stronger partner with the citizens and businesses of Nebraska in all areas of public safety and fire prevention.  I know that we have the best State Fire Marshal Agency in the country, and I will miss being a part of this team.  I would like to thank Governor Ricketts for giving me the opportunity to serve the state as Fire Marshal for the past four years, and for his confidence and support over that time.  It’s been an amazing experience.”

As Fire Marshal, Cantrell has provided leadership and resources to help contain major wildfires such as the Hackberry Fire in Banner County (August 2021), Post Fire in Dawes County (September 2021), and the Road 702 Fire that spanned several counties in southern Nebraska in April 2022.  His additional accomplishments as Fire Marshal include:

Fire Marshal Cantrell’s resignation is effective as of October 14, 2022.

At a later date, the Governor will announce Interim Directors to lead the Department of Correctional Services and the State Fire Marshal’s Office.