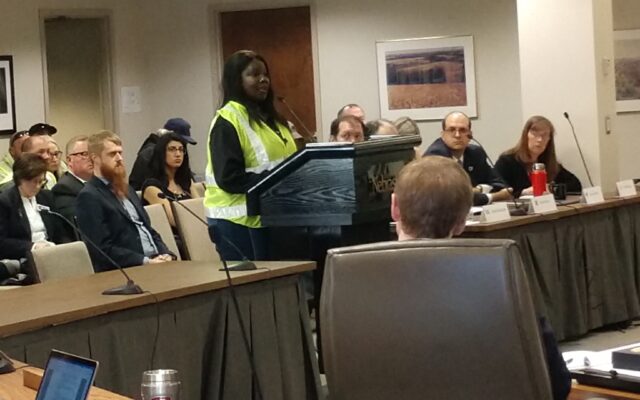 Lincoln, NE (April 8, 2022) Members of the Carpenter’s Union confronted the University of Nebraska Board of Regents today, claiming that contractors on three UN-L projects are using under the table workers.

“They’re working for cash, under the table, without payroll taxes, without work comp, or unemployment insurance being paid, as well as State and Federal taxes being paid as well.”

Felicia Hilton of Des Moines, Iowa, a representative of the Carpenter’s Union, said such labor is currently working on three UN-L projects.

She told the Regents those contractors are committing tax fraud, and exposing taxpayers to big risks.

“When workers get injured on the project they then fall on the taxpayer of Nebraska’s dime when they go on to public health care.”

“I would like to insure our visitors that are here today, that have expressed some concern about this area, that we will take a good look at your concerns and move forward with this project.”