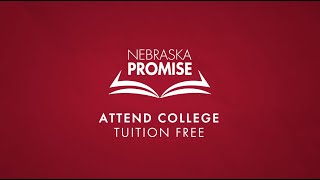 The Nebraska Promise expansion will take effect in fall 2022. Under the expanded program, full-time resident undergraduates whose families have an adjusted gross income of $65,000 or less or who qualify for the federal Pell Grant can attend any campus in the NU System and have up to 30 credit hours of tuition covered per academic year. The Nebraska Promise applies to returning, transfer and new undergraduate students, both on-campus and online. Students must be admitted to their intended NU institution and complete the Free Application for Federal Student Aid (FAFSA) by the priority deadline. No separate application is required beyond the FAFSA.

With a higher income threshold that mirrors the state’s current median income, the university will be able to expand access and opportunity for Nebraskans even further, according to Carter. In turn, the campuses will be positioned to do even more to build the skilled workforce Nebraska needs to grow its economy and quality of life.

An estimated 175 additional NU students will be covered under the expanded Nebraska Promise.

“Over the past two years, the chancellors and I have heard so many stories of students whose dreams of a college education have been made possible because of the Nebraska Promise. We know times are still uncertain and that every dollar matters to students and families,” Carter said. “We’ve decided to extend the Nebraska Promise to more Nebraska families because access to higher education is more important now than ever.

“Our message to the people of our state is that no matter their circumstance, a University of Nebraska education is within their reach.”

Carter also announced that all university campuses are moving the priority deadline by which students can file the FAFSA and qualify for the Nebraska Promise from April 1 to June 1. The university has extended the deadline in past years and decided to permanently move the deadline to June 1 in order to give students and families more time to complete the necessary forms to qualify for financial aid. Students who do not qualify for the Nebraska Promise may still qualify for other forms of financial aid by filing the FAFSA.

To be eligible for full-tuition coverage under the Nebraska Promise, undergraduate students pursuing their first bachelor’s degree must take at least 12 credit hours per semester and maintain a 2.5 grade point average. The Nebraska Promise covers up to 30 credit hours per academic year. Students must complete the FAFSA each year by the priority deadline to remain eligible. The program is not intended to cover costs beyond tuition like fees, books, or room and board, but students may receive scholarships and grants from the campuses or private sources to help pay for these costs.

Carter noted that the Nebraska Promise is one of a number of steps being taken across the University of Nebraska System to expand access and affordability. Tuition rates at all NU campuses are frozen this year and will remain at the same rates in 2022-23. All NU campuses are among the best values in their peer groups, and the chancellors are continuing to explore strategies to expand access even further.

Complete details on the Nebraska Promise are available in both English and Spanish here.

Students and families are encouraged to contact the University of Nebraska’s campuses for assistance with admissions and financial aid: