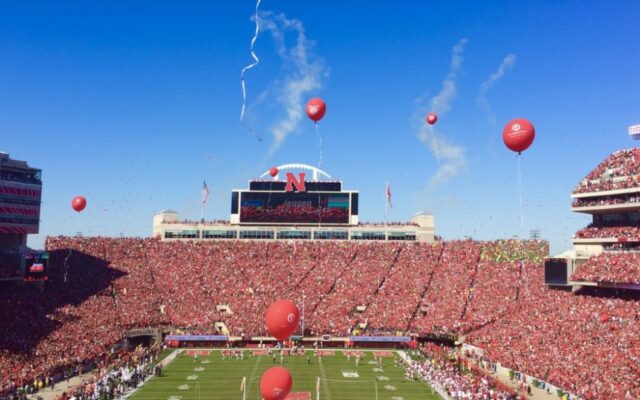 Lincoln, NE (November 16, 2021) Husker fans could see an end to the balloon release tradition, which dates back to the 1960s.

On Nov. 10, the Association of Students of the University of Nebraska (ASUN) unanimously supported a resolution, authored by student senator Kat Woerner.  She told 10-11 News it’s intended to encourage stopping balloon releases on campus and at Husker football games.

This isn’t the first time ASUN has passed this resolution. The first was passed in Spring 2021 but Woerner said the news of this “got lost in the action of COVID-19.”

Since the 1960s, Husker fans have released their red balloons after the first touchdown. But students with ASUN said that equates to thousands of balloons each year polluting waterways, fields and homes.

“The damage to wildlife such as turtles, birds, and deer who mistake the balloons for food is why the U.S. Fish and Wildlife Service published a statement urging people to stop releasing balloons and also why numerous states, cities, and even countries have passed laws to ban and enforce penalties for balloons releases including Connecticut, Florida, Tennessee, and Virginia,” Woerner said.

According to ASUN, UNL is the only Big Ten school along with the only university in the country that still does mass balloon releases.

“The harm caused to the environment by this tradition and the impacts it has on our reputation as a University cannot be ignored any longer,” Skylar Hanson, Senior Human Resource Management major at UNL said.

“There is clearly a growing consensus among students that it is time for us to part with this particular tradition,” Ivan Molina, Junior Political Science major at UNL said.

Woerner said it’s up to the Chancellor’s Office or Nebraska Athletics to officially end the tradition. An athletic department spokesman said they have no comment at this time.