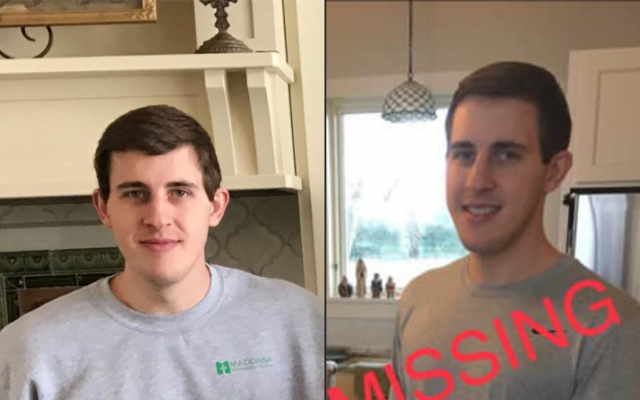 LĪHU’E, Hawaii. (May 30, 2021 – KOLN) -The Kauaʿi Police Department is asking for the public’s help with locating a missing Nebraska man.

Samuel Martinez, age 23, of Lincoln, reportedly flew to Kauaʿi on May 12 with the intention of hiking and camping while on island. According to a report, he was expected to return to Nebraska on May 25 but allegedly missed his outbound flight.

This missing person case was initially reported to the Lincoln Police Department. Nebraska police reached out to KPD on May 27 at which point a miscellaneous outside assist report was generated and an investigation on-island commenced.

According to a preliminary report from KPD, flight records and safe travel records indicate that Martinez did indeed land on Kauaʿi on May 12 and was screened for entry onto the island at the Līhuʿe Airport. Further investigation revealed that Martinez acquired eight separate permits to camp at different locations around the island, including Kōkeʿe State Park and the Kalalau Trail.

Multiple attempts to contact Martinez have been unsuccessful and the investigation remains ongoing.

Martinez is approximately 6 feet tall and weighs around 180 pounds, with brown hair and brown eyes. He is a senior microbiology major at UNL.

Anyone with information about Martinez’s whereabouts on Kauaʿi is urged to call KPD at 808-241-1711. Those who wish to remain anonymous can report a tip to Crime Stoppers Kauaʿi at 808-246-8300 or cskauai.org.