Veterans Event Pre-Recorded Due To COVID 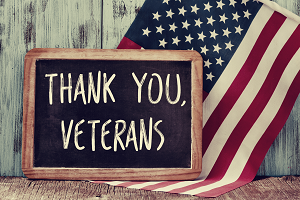 Due to the COVID pandemic, the Veterans Day Ceremony normally held at Auld Pavilion in Antelope Park is not a public event.  It was prerecorded and will air Nov. 11th at Noon and 6 p.m. on LNKTV, the City government access channel.  LNKTV is available on Allo channels 2 and 3, Spectrum channels 1300 and 1301, and Kinetic channels 1005 and 1010.  The ceremony will also be available on demand at LNKTV.lincoln.ne.gov and YouTube.com/LNKTVcity. In addition, LNKTV apps are available on Roku, Apple TV, and Amazon Fire TV.  The broadcast will also be shared on the Lincoln Parks and Recreation Facebook page.

The program will include remarks by Army Brigadier General Kevin Lyons, who serves as the Assistant Adjutant General-Army for the Nebraska Army National Guard. Presentation of the Colors will be conducted the Nebraska Army and Air National Guard Color Guard. Laura Keller and Lynn Hartzell will be the featured musicians. Kirstie Engel, a Spiritual Leader with First United Methodist Church, will deliver the invocation and benediction.