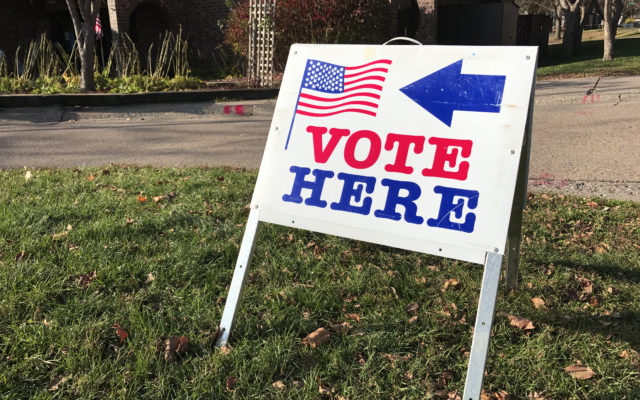 LINCOLN, Neb. (March 9, 2021) – Thousands of registered voters in Lincoln and Omaha will find an early voting ballot application in their mailbox this week, sent by the ACLU of Nebraska. The nonprofit, nonpartisan organization is mailing ballot applications to all registered voters in Lincoln and Omaha who have not yet received one.

The mailing is a first-of-its-kind investment for the ACLU of Nebraska. In total, more than 131,000 ballot applications are headed to Lincoln voters and more than 166,000 are going to Omaha voters.

Printing and mailing began last week. Some Lincoln voters have already received the mailing and the remainder of the applications should arrive this week in both cities.

The mailing will be complemented by general education and direct outreach efforts organized by Civic Nebraska and the Nebraska Civic Engagement Table. The organizations will be working this spring to inform voters of election deadlines and encourage them to promptly fill out and return their early ballot application to their county’s election commission.

Through these shared efforts, the organizations seek to encourage turnout while protecting public health.

“It’s simple math: The more people who participate in a democracy, the more democratic it becomes,” said Heather Engdahl, get-out-the-vote director for Civic Nebraska. “Thanks to many Nebraskans voting by mail, this added up to massive voter participation in 2020. That’s good for democracy. This spring, Omahans and Lincolnites have an opportunity to continue this powerful trend. But first, we must remove all barriers to the ballot for these municipal voters.”

“”Voting by mail is a safe way to cast a ballot during the pandemic, and leads to greater participation from those who haven’t been able to vote in the past,” said Karina Hernandez, voter registration manager at the Nebraska Civic Engagement Table. “Along with our nonprofit member organizations, we look forward to increasing voter turnout this spring as part of our year-round commitment to civic participation.”

The city elections follow 2020’s record-breaking general election, in which almost half of all Nebraska voters chose to vote via early ballot. Election officials made that process easier by mailing ballot applications to all registered voters except in the counties that already conduct all vote-by-mail elections. Both the Douglas County Election Commissioner and Lancaster County Election Commissioner declined to send a similar mailing this year, so the ACLU of Nebraska is stepping in to meet the need.

Officials at both commissions provided feedback on the designs to ensure they included necessary information. Their input helped inform wording and color choice. Lincoln voters will receive green forms from the ACLU of Nebraska while Omaha voters will receive tan forms.