Woman In Jail For Suspected Auto Theft, Assault On Officer 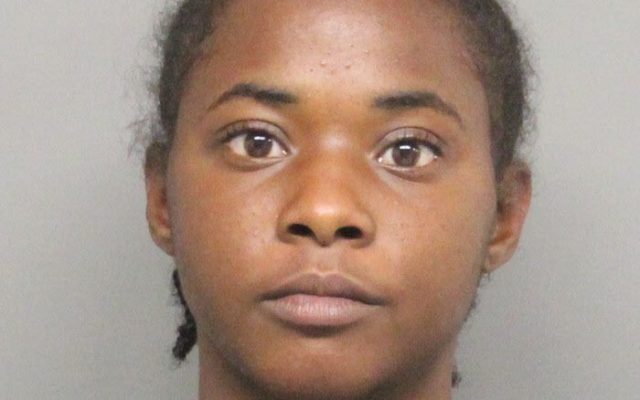 LINCOLN–(KFOR June 11)–A 22-year-old Lincoln woman is accused of stealing a car and later assaulting an officer, following a crash early Friday morning in central Lincoln.

Police say Makayla Jackson initially stole a car from the area of 18th and “O” that had been left running in a parking lot by the owner.  Jackson later hit two parked cars in the 3800 block of “J” Street and when officers showed up, witnesses told them that Jackson took the car, which by that point was reported stolen.

When officers tried to detain her, police say Jackson resisted and after a lengthy struggle while trying to de-escalate things, she was taken into custody.  After being put in the back of a cruiser, investigators say Jackson started to kick the windows.  Police also found out she has a suspended driver’s license and that the car she was driving was stolen.

As a precaution after being involved in an accident before being lodged at the jail, officers had Jackson evaluated at a local area hospital.  After being medically cleared around 4am, the officers were escorting Jackson to be transported to the jail when she started to kick items in the hospital and attempted to escape from officer’s despite being handcuffed.

Police say during  the struggle, Jackson bit an officer in the leg and scratched at another officer’s arms leaving lacerations. Ultimately, Jackson was arrested for felony theft by unlawful taking, two counts of assault on a police officer, resisting arrest, careless driving, and suspended license.