Worker Hurt On The Job While Handling Equipment Friday Morning 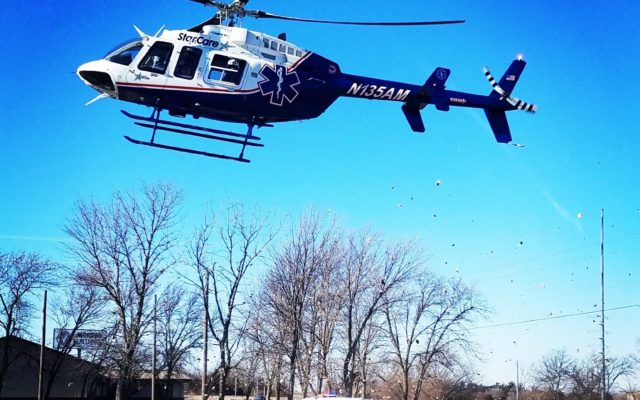 StarCare helicopter at the scene of a work-related accident near Waverly on Feb. 14, 2020. (Courtesy of LSO)

According to Captain Tom Brookhouser with the Lancaster County Sheriff’s Department, the man had his clothes caught up in some equipment while working at Pavers Inc, a concrete contracting business on Highway 6. The accident happened around 9:55 a.m.

Captain Brookhouser said his co-workers were able to free him.

The worker was flown via StarCare but LSO said the man’s injuries weren’t as serious as they originally thought. According to LSO, the worker was treated and released from the hospital. He did not suffer serious injuries.

Omaha Schools To Start With All Remote Classes, No Sports