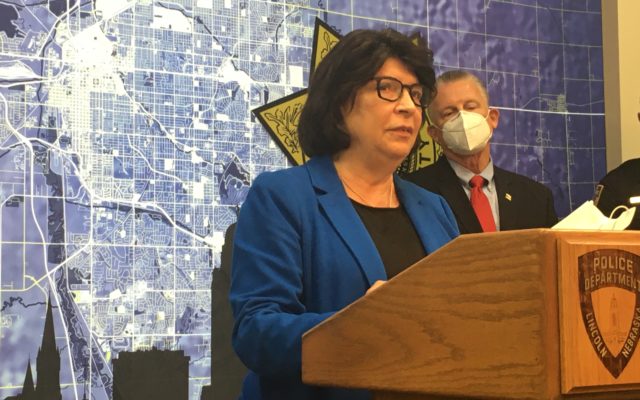 According to Lincoln Police, there have been 141 reports of overdoses in Lincoln in 2021 with 50 in just the past month.  “Tragically four of those victims did not survive and one more is expected to die,” Captain Ryan Dale said. “Even more tragically one unborn baby that was in the third trimester did not survive.”  In 2020, Lincoln had a total of 133 overdoses which was a 76 percent increase from the five year average.

The latest trend in Lincoln involving cocaine laced with fentanyl.  “At least 26 of the overdoses in the past three weeks have been caused by this cocaine with fentanyl in it,” Dale said.  Fentanyl is 50 times more potent than heroin and 100 times stronger than morphine. A lethal dose of fentanyl is equivalent in size to a few grains of salt.

Nebraska state statute provides exceptions from criminal liability for a person who requests emergency medical assistance for themselves or another person in the event of a drug overdose.  Lopez said Narcan, which is used to help people overdosing on an opioid, is available to everyone for free.  You can find Narcan at the Hy-Vee at 50th and “O”, Kohll’s Pharmacy off of 27th and Vine and the U-Save Pharmacy in Waverly.