Lincoln Man Accused Of Attacking And Threatening His Girlfriend 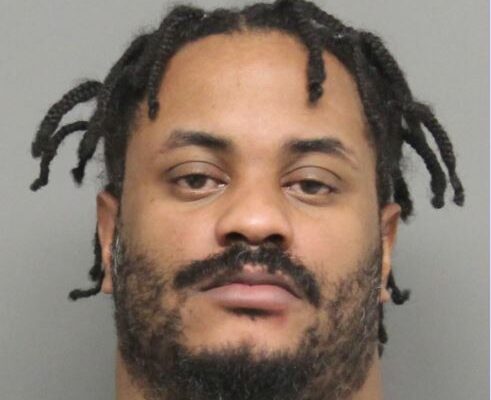 LINCOLN–(KFOR Feb. 25)–A 34-year-old Lincoln man is in jail facing several charges, including second-degree domestic assault, after he hurt his 21-year-old girlfriend once she got home early Friday morning near 31st and Holdrege.

Lincoln Police Sgt. Chris Vigil says William Smith accused his girlfriend of cheating on him and turned violent.  He smashed the victim’s cellphone into her nose, threw her onto a bed, and choked her until she lost consciousness.  Smith then threw the victim down the stairs, at which point she realized the children were watching the assault and crying.  Smith eventually held a knife up to the victim’s neck and threatened to kill her.

Sgt. Vigil says Smith forced the victim and their shared daughter into a vehicle and drove them to a home near 22nd and Orchard.  Smith slashed the tire to a resident’s Jeep Grand Cherokee and assaulted the 24-year-old owner.  The woman took the opportunity to drive back home to gather her two other children and her belongings and later drove until she found a Nebraska State Patrol trooper who was conducting a traffic stop at 9th and “O”, and reported the incident.

Vigil says LPD officers took over the investigation and officers found Smith was found at his home and then arrested.  The woman sustained multiple injuries.

Smith was arrested for 2nd Degree Domestic Assault, Strangulation, Use of a Deadly Weapon to Commit a Felony, and three counts of Child Abuse.  He was also cited for 3rd Degree Assault and Criminal Mischief ($0-$500) for his actions toward the male.