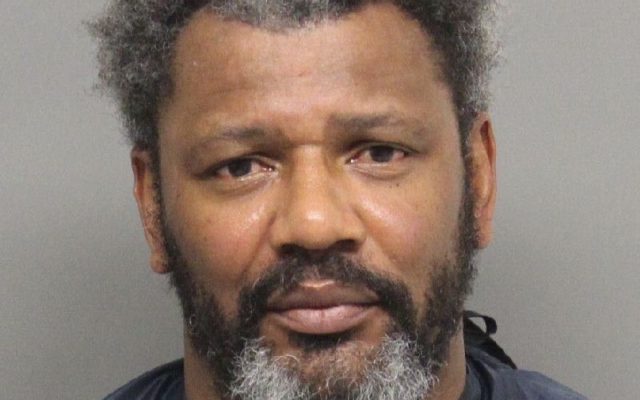 LINCOLN–(KFOR Aug. 30)–A traffic stop near 27th and Van Dorn early Saturday morning ends up turning into an arrest, when the driver allegedly assaulted a police officer.

Lincoln Police say a car driven by 48-year-old Kevin Goodie had made several improper turns few blocks away and a traffic stop was made. Goodie took off from the vehicle and officer chased him into a backyard of a home in the 2800 block of Cedar Avenue. Police say the officer saw Goodie running at him with his hands raised and the officer felt as though he was going to assault him. The officer struggled with Goodie and during the struggle the officer struck his head. Goodie was eventually taken into custody.

The officer noticed Goodie appeared to be under the influence of alcohol and found an open beer bottle in the vehicle. The officer was transported by another officer to the hospital for treatment of a head injury and was found to have a concussion. Goodie was also transported to the hospital by ambulance after reporting he had a medical episode.

Officers attempted a blood draw for alcohol content, however, he refused. Officers got a search warrant which was granted and served to obtain Goodie’s blood to be tested. Goodie was cleared medically and transported to the jail. He was arrested for 3rd degree assault on a police officer, resisting arrest, DUI, chemical test refusal, open container, and improper turn.