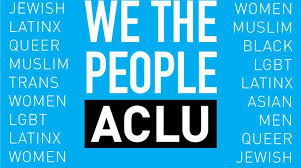 “License to Abuse: How ICE’s 287(g) Program Empowers Racist Sheriffs and Civil Rights Violations” provides data for each of the 142 agencies with an active agreement, including the Dakota County Sheriff’s Department in Nebraska. The report investigates agencies’ records on racial profiling, egregious jail conditions, anti-immigrant rhetoric and advocacy for inhumane federal immigration policy.

The researchers found issues with every agency they looked at and noted concerns related to the Dakota County Sheriff’s Department’s civil rights violations, anti-immigrant statements and inhumane jail conditions. This comes after the U.S. Department of Homeland Security’s Office for Civil Rights and Civil Liberties conducted an investigation of the department in 2021 and suggested training to address discriminatory behaviors.

At a spring candidate forum sponsored by the ACLU of Nebraska and community partner Unity in Action, both candidates running for Dakota County Sheriff expressed their intention to continue the 287(g) agreement.

ACLU of Nebraska Immigration Legal Fellow Jane Seu said she hopes the new report encourages them to change their position or prompts action from the federal government.

“These agreements create a culture of division and suspicion that doesn’t serve anyone — least of all the community these departments are supposed to protect,” Seu said. “The findings in this report show that the only solution is ending the 287(g) program. We can’t train our way out of the problems these agreements cause and enable.”

Among the report’s findings:

Dakota County community advocacy group Unity in Action has urged an end to the county’s 287(g) agreement since it started.