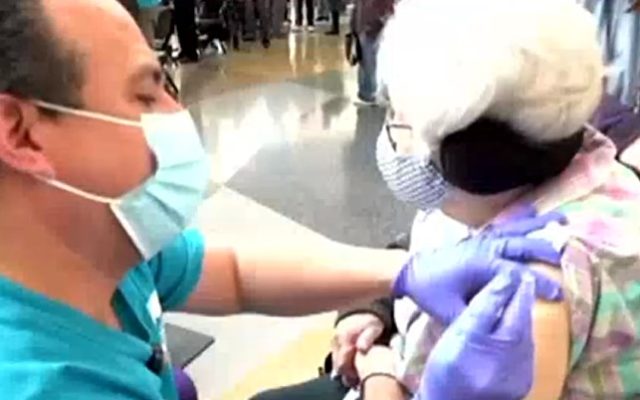 Lincoln, NE (April 22, 2021) Nearly 45 percent of Lancaster County’s 16 and over residents have now been fully vaccinated against the corona virus. A certain percentage of the population doesn’t want it. City County Health Director Pat Lopez says registration is now open to people who have been waiting for their turn.

“We’ve been full for what we’ve scheduled, but we’re at that point now where we really need people to come in.  People aren’t signing up as quickly as they have been.”

Lopez said that enthusiasm for shots remains high…for both first and second shots.

“We are having a tremendous response with people coming back for their second dose.  We’re well over 97%.”

Vaccine availability has increased recently, she said, and has done away with waiting for the shots.

“We just want to make sure that everyone in the community knows that vaccines are now available for anybody that’s 16 and older.  And, how important it is to get the vaccine to help protect themselves and those they love.”

Lopez said clinics are filling, but the pace of responses is slowing down.

“We’re still serving those who want to be early adopters, but we’re moving toward those who have reluctance.”

Part of the slowdown, she said, is because of the natural progression of the vaccines.  Those eager to receive it immediately are now populating the clinics. The health department and numerous groups are reaching out to specialized populations such as non-English speakers and the homebound.

As we continue past the current 45% of the population fully vaccinated, and approach the targeted 75% figure, she predicts the going will get even tougher.

“In the next several weeks we should be at almost 64% completely vaccinated with those coming back to get their second doses.”

Registration for vaccination can be done at https://app.lincoln.ne.gov/city/covid19/