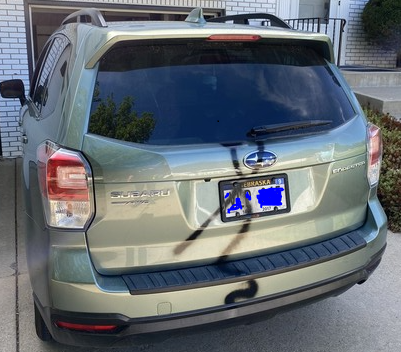 LINCOLN–(KFOR Aug. 9)–A couple of vandalism cases reported Monday afternoon on the north side of Holmes Lake are under investigation by Lincoln Police.

Sgt. Chris Vollmer said a 70-year-old victim said he parked his 2018 green Subaru Forester near some restrooms between 1:45pm and 2pm Monday and came back to find black spray-paint on the rear hatch.  Another report was called into LPD, where a 49-year-old man told officers he parked his car near the softball fields around 2:30pm to go fishing.  When he came back, he found his 2008 white Ford Explorer with black spray paint on the back hatch and rear driver’s side quarter panel.

In both incidents the paint did not appear to be any obvious symbol or lettering. This investigation is ongoing. Anyone with information is encouraged
to contact Lincoln Police at 402-441-6000 or Lincoln Crime Stoppers at 402-475-3600.