The Nebraska Department of Labor (NDOL) announced today that unemployment insurance benefit payments reached a record high during the week ending May 9. 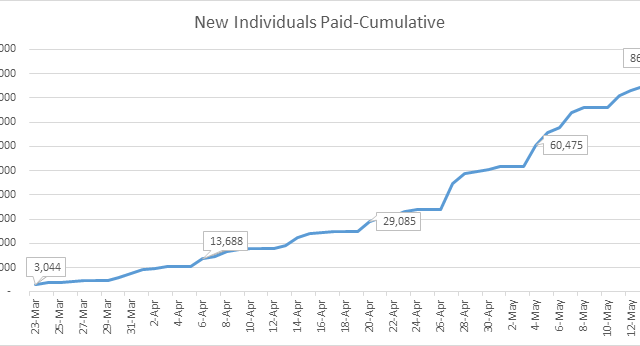 Any worker in a non-paid status due to COVID-19 may file a claim for unemployment insurance benefits. Unemployment claims in Nebraska are filed online at NEworks.nebraska.gov. The NEworks mobile app is available to download for free.

The federal CARES Act created a temporary program that offers benefits to individuals not eligible for regular unemployment insurance benefits including the self-employed, independent contractors, gig workers, and others (Pandemic Unemployment Assistance or PUA). The act also increases the amount an individual on regular unemployment or PUA will receive by $600 for every week an individual is unemployed. All individuals who qualify will receive $600 in additional benefits for each eligible week of unemployment through July 25. Workers who have been affected by the pandemic should file a claim for unemployment. NDOL will automatically review every claim that comes in for eligibility under the CARES Act.

Weekly Claims: After filing a new claim, applicants must certify their eligibility every week that they continue to be unemployed by logging into their NEworks account.  These weekly certifications must be completed even while the new claim is still being processed.

Waivers Extended: The waivers of the requirements to search for work and serve an unpaid waiting week have been extended through August 1. Employer charging for benefits paid due to COVID-19 has also been waived through August 1.

Refusing Work:  Employers who suspect a worker is refusing a job in order to continue collecting unemployment benefits may report these workers to [email protected].  Workers with pre-existing conditions should work with their employers before being called back to work.