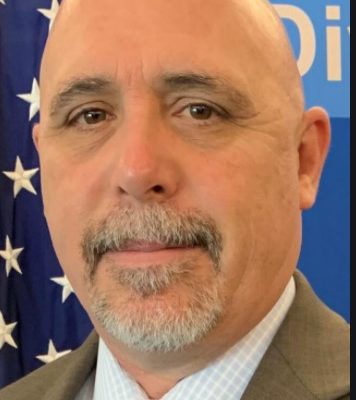 (KFOR NEWS  February 5, 2021)   Justin C. King was named Special Agent in Charge (SAC) of the Drug Enforcement Administration (DEA) Omaha Division in January and beginning Feb. 1, he oversees 11 offices within a five-state territory.  The third SAC of the Omaha Division, King replaces Richard Salter Jr., who retired from the DEA in January.

“I understand and appreciate the concerns our Midwestern communities face as we contend with the threats posed by methamphetamine, counterfeit pills, opioids and other dangerous drugs on a daily basis,” King said. “I look forward to advancing the good work our investigators are performing across Iowa, Minnesota, Nebraska, North Dakota and South Dakota and making a positive impact in our cities and rural communities.”

King’s 19-year career with DEA began in the Laredo, Texas District Office. In 2006, King was selected for DEA’s Foreign-Deployed Advisory Support Team (FAST), where he served until 2009. As a member of FAST, King participated in counter narcotics operations during three deployments to Afghanistan and one to Central America.

In 2009, King transferred to the Oklahoma City District Office, serving as a special agent and group supervisor of the High Intensity Drug Trafficking Area (HIDTA) Task Force through 2014. King returned to the FAST program in August 2014 as a team leader, guiding his group on the final DEA FAST deployment to Afghanistan as well as training deployments in the Ukraine and Paraguay. King was promoted to section chief in January 2017 and was responsible for the enforcement and training deployments of four FAST teams and the DEA Personal Recovery Unit. He served as executive assistant to the special agent in charge of the DEA Office of Training from April 2017 to January 2018.

King comes to Omaha after serving three years as assistant special agent in charge of the Little Rock District Office.  While there, he was responsible for all DEA activities in the state of Arkansas including its three agency offices.

A native of Oklahoma, King is a veteran of the U.S. Army Infantry Branch in both enlisted and officer ranks.

In addition to Iowa, Minnesota, Nebraska and North Dakota, the Omaha Division includes eight counties in the western parts of Illinois and Wisconsin.