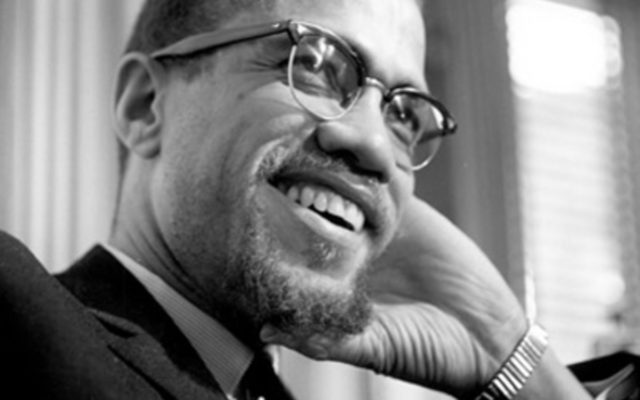 On September 12, he was selected to be the newest inductee into the Nebraska Hall of Fame. He will be the first African American to be selected for this honor in the state.

Serendipitously, this November, Opera Omaha will produce the opera X, the Life and Times of Malcolm X, by Anthony Davis and Thulani Davis, which has been co-produced with the county’s leading opera companies and will be performed in Omaha before going to the Metropolitan Opera in New York. Though selected by Opera Omaha to be included in the season nearly two years ago, the upcoming production promises to be a fit cultural event for the celebration of Malcolm’s recent Hall of Fame selection.

For JoAnna LeFlore-Ejike, the Executive Director of the Malcolm X Memorial Foundation, and Leo Louis II, its board president, the synergy of this moment has been 25 years in the making.

“It’s a whole community win. That doesn’t happen all the time, to have a community win” said LeFlore-Ejike. “Everyone can celebrate this.”

The Malcolm X Memorial Foundation, which is located on Malcolm’s birth site in North Omaha, serves to bring residents together to remember the legacy of Malcolm X through tours, educational programs, town hall forums and special events. Opera Omaha is partnering with the foundation to offer a multitude of events, talkback sessions, and concerts surrounding the production, hoping to encourage the community to engage with and explore the history and community legacy of the piece.

Opera Omaha will host three sessions of Opera in Conversation happening prior to, and following, the opera. These talks serve to create an open conversation around the piece and the local importance of Malcolm’s message and work. In addition, Geoff Pope, the Super Bowl winner, and Malcolm X expert, will be speaking to Omaha youth and the public the weekend of performances. Following the performances, baritone Joshua Conyers, who sings Reginald in the opera, will visit various schools and locations in the Omaha area, giving workshops and masterclasses, and will also present a recital.

The opera, which originally premiered in 1986, is coming into its first major revival and is quickly garnering national attention. In just two years, the production will be presented by its five co-producers: Detroit Opera, Opera Omaha, the Metropolitan Opera, Lyric Opera of Chicago, and Seattle Opera. In addition, the Boston Modern Orchestra Projects just released a recording of the revived score.

“One of the major differences [between 1986 and] now is that Malcolm is becoming far more accepted than he was. This has a lot to do with the recent times, the George Floyd uprising, the consciousness that spread after that, and all the recognition of Malcolm’s work that’s finally being uncovered because people are thinking comprehensively. They’re able to look deeper into Malcolm, whereas before the propaganda had a real hold on the population. Now that propaganda is being chipped away at by truth,” said board president Louis.

X, The Life and Times of Malcolm X details the life, transformation, and ultimate assassination of Malcolm X in a series of fast-moving vignettes, spanning his boyhood in Lansing, Michigan; his early brushes with the law; his conversion to the teachings of Elijah Muhammad and the Nation of Islam; his own ministry and his breach with Elijah; his pilgrimage to Mecca, and his assassination.

“To see the collaboration between the band, ensemble, jazz, dance, of all these art forms in one place, in one display, I know it would have made Malcolm proud,” said Louis. “Malcolm, in his idea of the organization Afro-American Unity, wanted to exemplify or magnify the arts for Afro-Americans. The opera does that, from the writers all the way down to the performers.”

“It has been thirty-six years since the premiere of X, and I am eager to work with the extraordinary director Robert O’Hara on this new production that will feature a new generation of artists,” said Pulitzer Prize winning composer, Anthony Davis. “Malcolm X (El Hajj Malik el Shabazz) is an even more relevant figure today. His vision is as prescient today as it was in 1986. He is an inspiration for Black Lives Matter and the movement for social justice. As a composer, I am thrilled to help create X as an opera for today that speaks to the future as well as the past.”

Upon seeing X in Detroit, LeFlore-Ejike commented, “I was expecting a dramatized presentation. But the writers share it from Malcom’s lens. The story of him as a father, as a man, often gets put on the backburner, and his activism and world travels are put at the forefront. But he was still a human being. Thankfully, it was a thorough guide into his life.”

Louis agreed, “There’s so much more to Malcom outside of his world travels, his fatherhood, his relationships. Most art doesn’t want to highlight those things because that’s not the juicy tidbit people want to explore. And those are the things that black men in media are often not represented as; fathers and husbands and things like that. Malcolm was very much those things as well as an orator, an organizer, a recruiter, and a leader. Those things should be explored.”

Described by The New York Times as “a riveting and uncompromising work,” X pairs Anthony Davis’s distinctly American score with a libretto by Thulani Davis and story by Christopher Davis, casting an unflinching look at one of the most influential men in American history in all his complexity.

Building out the cast are many of the members of the Detroit production and album recording, including soprano Whitney Morrison as Betty, mezzo Ronnita Miller as Ella, baritone Joshua Conyers as Reginald, tenor Victor Robertson as Elijah/Street, and Charles Dennis as Young Malcolm. Baritone Adam Richardson will debut in the challenging title role.

X, The Life and Times of Malcolm X