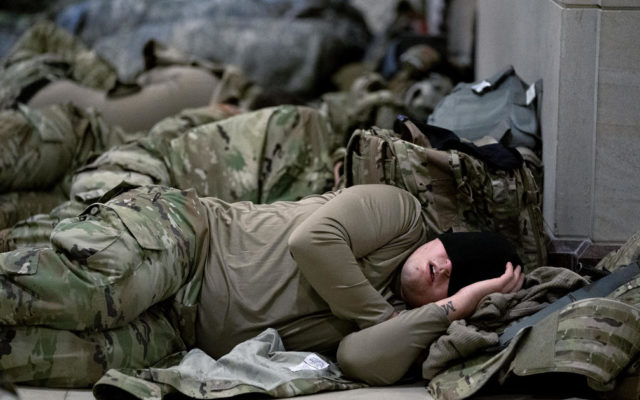 (KFOR NEWS  January 22, 2021)   Thousands of National Guardsmen were allowed back into the Capitol Thursday night, hours after U.S. Capitol Police officials ordered them to vacate the facilities, sending them outdoors or to nearby parking garages, after 2 weeks pulling security duty after the deadly riot on Jan. 6th.  Nebraska U.S. Republican Senator, Ben Sasse, issued the following statement Friday morning:

“These National Guardsmen and women put their lives and families on pause so that they could come defend our Nation’s Capitol. They’ve kept Washington safe, and the decision to kick them out of the Capitol and make them sleep in the parking garage is beyond insulting. I’m glad the decision was reversed, but I want to know who the heck made this terrible decision in the first place.”

The group was forced to rest in a nearby parking garage without Internet reception, with just one electrical outlet, and one bathroom with two stalls for 5,000 troops.