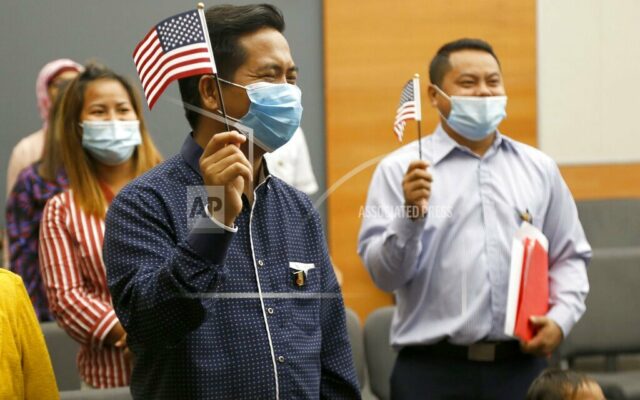 Lian Suankhup from Myanmar takes the Oath of Allegiance to become a U.S. citizen at the ceremony for naturalization in Tulsa, Okla., on Wednesday, Sept. 15, 2021. (Stephen Pingry/Tulsa World via AP)

LINCOLN, Neb. (October 18, 2021) –U.S. Citizenship and Immigration Services and the U.S. District Court District of Nebraska will administer the Oath of Allegiance to 36 U.S. citizenship candidates to be naturalized during two ceremonies at the Robert V. Denney Federal Building and U.S. Courthouse on Friday. U.S. District Judge John M. Gerrard will preside over the ceremony, and the courtroom deputy will administer the Oath of Allegiance.