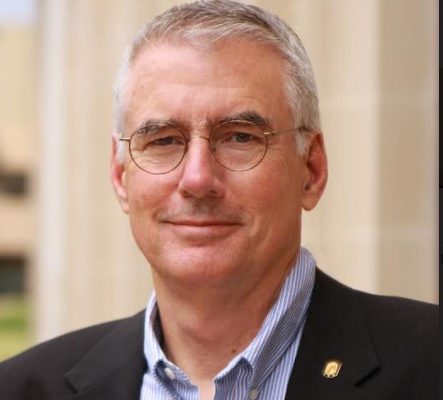 (KFOR NEWS  January 11, 2021)   Following a nearly 20-year career at one of the area’s most prominent nonprofit organizations, Scott Young, Food Bank of Lincoln executive director, has announced his plan to retire.  On April 30, 2021, Young will step away from leading the Food Bank’s daily operations, according to Steph Vanous, president of the Food Bank Board of Directors.

“Scott has created a prolific impact at the Food Bank and in communities we serve across Southeast Nebraska,” said Vanous. “His passion and commitment to the work of providing food to those who need it has built a strong foundation for the Food Bank for years to come.”

Under Young’s leadership at the Food Bank, the organization has realized a growth of 12 times the number of meals connected since he started on Sept. 10, 2001. At the end of the most current fiscal year, the Food Bank connected neighbors in Southeast Nebraska to more than 11.5 million meals. The organization has grown its programs, including adding the BackPack Program, and expanded its Child Hunger Programs to further support rural communities, and added the LPS Emergency Pantry partnership, and School Food Markets and Pantries. Also, the Food Bank hosts monthly mobile food distributions in each of the 16 service area counties. In collaboration with more than 50 partner agencies, the Food Bank distributed its 100 millionth pound of food in March 2018. Most recently, in the face of a pandemic, Young led Food Bank efforts that resulted in connecting neighbors to 50 percent more meals from July to December 2020 than during that same period the previous year. All of this occurred while maintaining a focus on staff and volunteer safety and at the same time keeping an eye on the future of the Food Bank, which is poised for meaningful growth.

Young had cast a wide net in finding the best career fit. Leaving Nebraska Wesleyan University in the early 70s to pursue work in radio, he held positions in Laramie, Wyoming, Casa Grande, Arizona, Omaha and Lincoln, where he spent 19 years as the KFOR Morning Show co-host with Cathy Blythe.

In 1997 he was ready for a career change and re-enrolled at Wesleyan. Returning to college as a non-traditional student allowed him to focus more on his studies, and he soon realized that non-profit work may be a good fit for him. In 2001, he completed his communication degree and became the Food Bank’s executive director.

“Scott is best known for his humble approach and servant leadership talents,” said Vanous, “and this is what he has given to all who have had the pleasure of working with him throughout his career. On behalf of the Food Bank of Lincoln Board of Directors, we thank Scott for all the years he has dedicated to the Food Bank and the impact his efforts have had on so many lives.”

Young is a well-respected leader both locally and nationally. He has volunteered time, talent and treasure with several local organizations and groups, including Lincoln Public Schools, Lincoln Chamber of Commerce, Lincoln Children’s Zoo, The Friendship Home, and YMCA of Lincoln. He currently chairs the Bryan Medical Center Board of Trustees, and at the national level is a Feeding America Board of Directors member. Young lives in Lincoln with wife JoAnne. They have three children and five grandchildren.