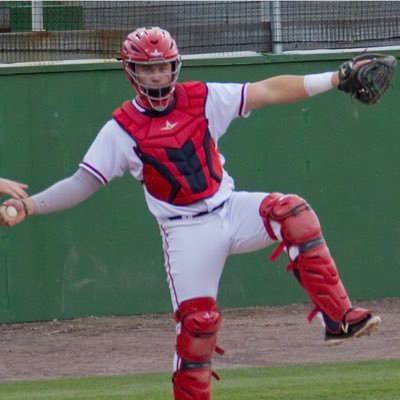 SAN FRANCISCO (Jul. 11, 2021 – KFOR) – Former Norris standout Jakson Reetz made his MLB debut for the Washington Nationals on Saturday, recording his first major league hit in a 10-4 loss to the San Francisco Giants.

Reetz, who had been playing with Washington’s Triple-A affiliate, the Rochester Red Wings, was called up to the Nationals’ roster on Saturday morning. Later in the day, he made his first Major League appearance when he entered the game as a pinch hitter in the 9th inning of Washington’s game against San Francisco. In his lone at-bat, Reetz laced a double to right-center field, eventually coming around to score later in the inning.

The former Norris Titan was a three-time Super State selection in high school, and was selected in the third round of the 2014 MLB Draft. Despite his verbal pledge to Nebraska, Reetz elected to sign with the Nationals out of high school.

Baseball America ranks Reetz as the 25th best prospect in the Nationals organization.