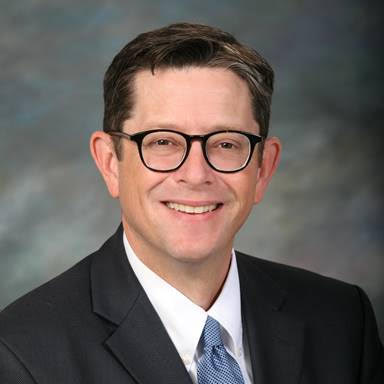 LINCOLN, NE (April 2, 2021) Governor Pete Ricketts has appointed Eric Dunning of Omaha as the next director of the Nebraska Department of Insurance (NDOI).  Dunning has been the Director of Government Affairs for Blue Cross and Blue Shield of Nebraska since December 2013.  He has over 15 years of experience as an attorney for NDOI, having advised agency leadership on legal matters pertaining to insurance regulation from 1998 to 2013.  Dunning began his professional career as an attorney for the Colorado General Assembly.

“Eric is a highly respected leader in our state’s insurance industry with impressive legal, public policy, and private sector experience,” said Gov. Ricketts.  “Having previously spent over a decade-and-a-half with the department, he has the knowledge to hit the ground running as director.  Under Eric’s leadership, Nebraska’s regulatory climate for insurers will continue to be a model for states across the nation.”

“I’m excited to return to the Nebraska Department of Insurance to build on the legacy of outgoing director Bruce Ramge,” said Dunning.  “I’m a fifth-generation Nebraskan with over 22 years of experience working in Nebraska’s insurance sector.  Over the years, I’ve developed strong relationships within the industry and gained a thorough knowledge of state and federal insurance statutes.  I’m grateful to Governor Ricketts for this opportunity to give vision and insight to the Department of Insurance so that we can continue to grow Nebraska.”