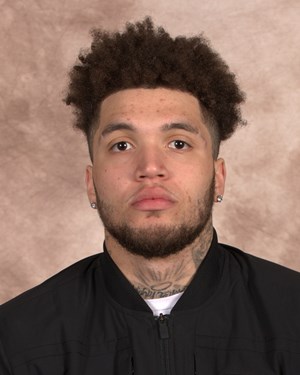 “I would like to thank Coach Hoiberg and his coaching staff for allowing me to come back to Nebraska and have the opportunity to play basketball in the best conference in the country” Allen said. “I appreciate the support I’ve received from everyone in the program. I am thankful for the love I have received from my teammates and the relationships we have built over the last year. I also want to give a special thank you to the Husker fans for their encouragement and support.

“After a lot of thought over the last few days, I have made the decision to focus on getting fully healthy in preparation for the next step in my basketball journey. I will continue to stay at Nebraska for the spring semester and work toward graduation. I am looking forward to what the future holds, as I explore my options.”

“I enjoyed the opportunity to coach Teddy over the past year,” Hoiberg said. “We will support him as he finishes the spring semester and wish him nothing but the best going forward.”

Allen played in 22 games for the Huskers this season, averaging 16.5 points and 4.7 rebounds per game. He had 20 or more points eight times, including a career-high 41-point performance against Penn State on Feb. 23.