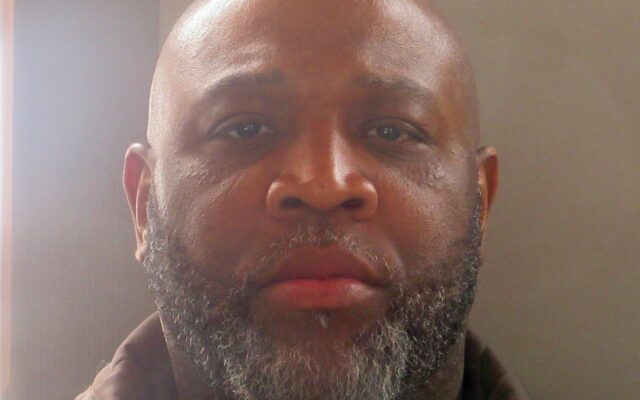 Semaj Ross (Courtesy of the Nebraska Department of Corrections)

LINCOLN–(KFOR Aug. 12)–Lincoln Police on Wednesday arrested a missing inmate from the Community Corrections Center in Omaha, who left the facility nearly two months ago.

Semaj Ross, 44, was put in the Lancaster County Jail on new charges, including delivery or possession of a hazardous drug.

In a news release Friday afternoon sent to KFOR News, Lincoln Police say investigators with the Lincoln/Lancaster County Narcotics Task Force served a search warrant at a residence in the 2000 block of F Street as part of an ongoing narcotics investigation.  Ross and two residents were contacted and investigators found 2.2gm of suspected crack cocaine, narcotics paraphernalia and a small amount of US currency.

According to a news release from the Nebraska Department of Corrections, Ross had walked out of the Omaha facility on June 27, activating an alarm at a fire exit.  Shortly thereafter, he removed the electronic monitoring device he was wearing. It was recovered by staff on East Locust Road in Omaha.

Ross was serving a sentence for burglary and theft related convictions out of Lincoln. The Community Corrections Center-Omaha is a less-restrictive facility, where inmates can leave for work, go to school, religious services with prior approval and no direct supervision.