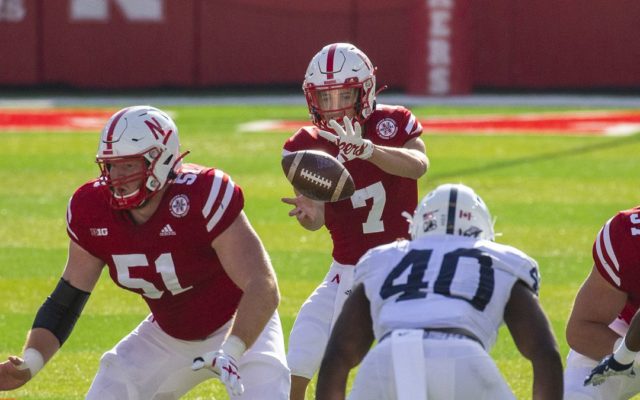 Lincoln, NE (May 27, 2021) The 2021 Nebraska Football season is just 93 days from kickoff, and the Huskers learned game times for six of their regular-season contests Thursday afternoon. The game times and television network designations were part of an announcement by the Big Ten Conference and the league’s television partners, including BTN, ESPN and FOX.

Nebraska opens the 2021 campaign with a Big Ten West matchup in Week Zero at Illinois. The Aug. 28 opener will be televised on FOX with a Noon CT kickoff. The Husker-Illinois game is one of only five FBS games in Week Zero and the only conference matchup. The opener at Illinois is one of two early-season Husker games in high-profile FOX television windows.

The Huskers’ Sept. 18 matchup at long-time rival Oklahoma is set to be televised at 11 a.m. CT on FOX, as the network’s Big Noon contest. Fox also announced on Thursday that it will bring its Big Noon Kickoff pregame show to Norman for that game. Nebraska and Oklahoma are meeting for the first time since the 2010 Big 12 Championship game, the Huskers’ final contest as a member of the Big 12.

Kickoff times for four of NU’s seven home games at Memorial Stadium were also announced on Thursday. In non-conference action, Nebraska will play host to Fordham on Sept. 4 with an 11 a.m. CT kick. The following week (Sept. 11), the Huskers take on Buffalo in Lincoln with a 2:30 p.m. kickoff. Both of those games will be televised on Big Ten Network.

The Huskers’ Homecoming game with Northwestern on Oct. 2 will be under the lights at Memorial Stadium. Kickoff for the matchup with the Wildcats will be 6:30 p.m. CT with the television network to be determined.

Nebraska and Iowa once again meet in their traditional Black Friday game, with this year’s matchup in Lincoln. The Huskers and Hawkeyes will kick off at 12:30 p.m. CT with television coverage provided by the Big Ten Network.

Additionally, Nebraska’s Nov. 20 game at Wisconsin will be televised by one of the networks in the ESPN/ABC family with kickoff time determined later.

Game times and television designations for Nebraska games not included in today’s release will be announced six to 12 days in advance.

The Big Ten also its championship game will return to prime time with a 7 p.m. kickoff on FOX on Dec. 4. The Conference and ESPN also announced dates and game times for Big Ten-affiliated bowl games that are televised on an ESPN network.