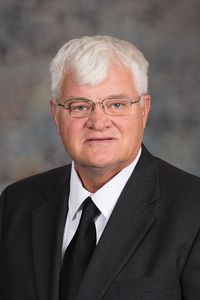 LINCOLN, Neb. (AP) – Nebraska lawmakers have hired an outside attorney to investigate the behavior of a former state senator who photographed an aide without her knowledge, and the findings to the public by mid-April, a state senator said Tuesday.

Wishart, of Lincoln, serves on a three-member legislative panel overseeing the investigation, along with state Sens. John Arch of La Vista and Tom Briese of Albion. She said Tuesday that the panel will release the results of its investigation before the end of this year’s legislative session on April 20.

“It is my expectation that if asked to participate in this investigation, everyone will cooperate,” Wishart said in remarks to fellow lawmakers.

The former staffer, Kristina Konecko, has said she was unaware that Groene was photographing her in the office. She initially filed a private, informal complaint with the Legislature’s Executive Board about the photos, which she considered objectifying and demeaning. The complaint alleged that some of the photos included close-ups of body parts.

Groene contends that none of the photos he took were sexual in nature, and said the images were a part of a larger collection that included benign shots of visitors and his wife around his office. Konecko said she discovered the photos on Groene’s laptop after he asked her to clean out his email.

Groene apologized after Konecko raised the issue with the Executive Board, but Konecko said she decided to go public and proceed with a formal complaint to ensure that others in the Legislature aren’t subjected to the same treatment. The complaint prompted many female Nebraska lawmakers to come forward with stories of harassment and groping that they’ve experienced in politics and their personal lives.

The probe could lead to criminal charges if an investigation uncovers any illegal actions by Groene or others. The Nebraska State Patrol is looking into the incident as well. The panel is also likely to recommend policy changes in how the Legislature handles sexual harassment allegations.

Sen. Dan Hughes, chairman of the Executive Board, told lawmakers last week that the three-member panel will look for ways to improve how future complaints are handled. Hughes said there’s no evidence so far that any other senators were involved.

Groene, a conservative Republican, developed a reputation in the Legislature as a blunt-spoken and often abrasive lawmaker who sometimes clashed with liberal colleagues. Gov. Pete Ricketts announced last week that he had appointed Republican Mike Jacobson, a North Platte banker, to fill Groene’s seat. Jacobson said he was a conservative like Groene but would differ in style, working collaboratively and treating fellow senators with respect.