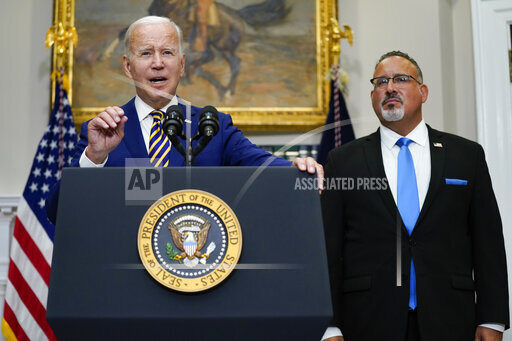 U.S. Senator Deb Fischer called it an economically backwards policy that unfairly pushes the burden of student loans onto all American taxpayers and fuels inflation.

“It’s not just the multibillion-dollar cost. These loans are not magically “gone” – the debt is being transferred from those who borrowed it to current and future taxpayers.  Working-class families who followed the rules and paid off their student loans, as well as the vast number of Americans who did not go to college, must now cover the cost of others who accumulated this debt. That is not right.”

“Instead of demanding accountability from an underperforming higher education sector that pushes so many young Americans into massive debt, the Administration’s unilateral plan baptizes a broken system. This deeply regressive action — which fails even to acknowledge that most debt is held by folks with graduate degrees — will do nothing to jumpstart the reform higher education desperately needs.”

“This decision will hurt everyday Nebraskans by raising our debt, increasing inflation, and incentivizing colleges and universities to raise tuition. When I’m governor, I’ll make sure that private businesses, farmers, ranchers, universities, colleges, and community colleges are working together to give our kids affordable education and training options so they can be ready for the important challenges of the 21st century workforce.”

“Joe Biden and Washington Democrats continue to push policy that will only worsen inflation and make education more expensive. Canceling student loans doesn’t make the loans simply disappear – it’s a scam that shifts the burden onto the shoulders of working Americans across the country. Instead of this, Congress needs to work to make education more affordable and to fight against Joe Biden’s policies that are encouraging colleges to raise tuition and push working families and students into even further into debt.”