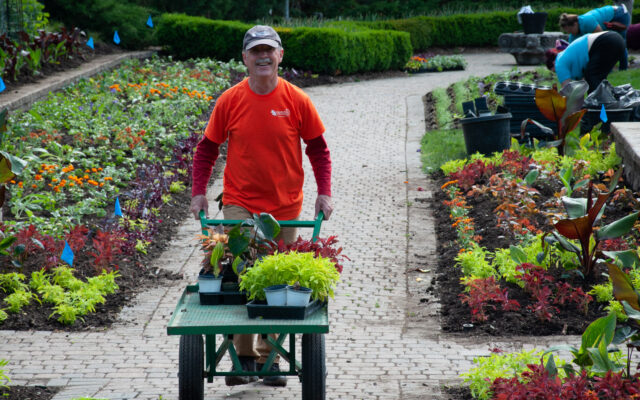 Lincoln, NE (March 16, 2022) Mayor Leirion Gaylor Baird today announced that Lynn Johnson, who has served as Director of the Parks and Recreation Department since 2000, will retire in June 2022.

“Lynn leaves his fingerprints on every one of our City’s beloved parks, trails, and recreational programs. His legacy of innovation, progress, and dedication to our community will continue to benefit residents into the future,” said Mayor Gaylor Baird. “It has been an honor to work alongside such an exemplary public servant, and while we will miss his incredible energy and drive as a leader on our team, we warmly wish him the best in his well-deserved retirement.”

Johnson joined Lincoln Parks and Recreation in January 1997 to serve as its Planning and Construction Manager and was selected in 2000 as Director by Mayor Don Wesely when the previous director moved.

“It has been a great honor to serve as the Director of Lincoln Parks and Recreation for 22 years, and it has been a privilege to be part of the team,” Johnson said. “I am so proud of the facilities, and programs, and services that our team provides to our community every day. I want to thank the Lincoln Parks Foundation, our partnering organizations, and the public for supporting our work.”

Johnson’s s first project as Planning and Construction Manager was the site selection and design of the “F” Street Community Center. His first project as Director was the renovation of the Sunken Gardens. Johnson was also part of the Antelope Valley Project team that led the development of Union Plaza, extension of the trail along Antelope Creek north to Salt Creek, and improvements in Trago Park, including the combined sprayground and splash pad.

Johnson said the Department’s ongoing partnership with the Great Plains Trails Network has helped the City achieve its goal of an creating an interconnected trail system that supports both recreation and commuter use. Other significant projects he led as Director, with assistance from the Lincoln Parks Foundation, include the following:

Johnson’s last day with the department will be June 1. The City will conduct a national search for a new director.