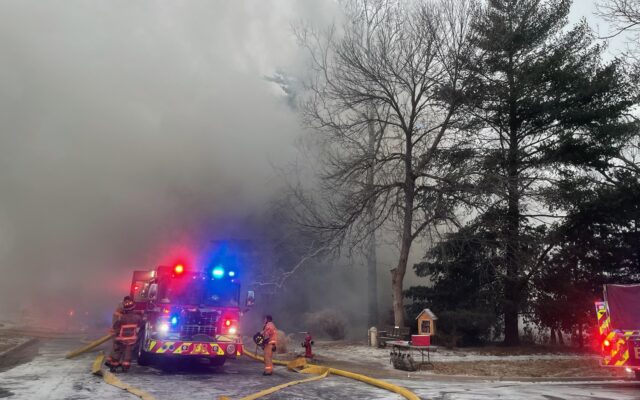 Lincoln Fire & Rescue got the call just after 5:30am to a house with heavy fire at 19th and Ryons. LFR Captain Nancy Crist says after an initial search inside the house found no one there, the fire then breached the attic, forcing crews to fight the flames defensively from outside.

“We did eventually put up an aerial (ladder) and flowed water from the tip of that aerial down into the fire,” Crist told reporters.

Crist says slick conditions because of the water usage and a hydrant freezing up caused some issues.  At one point, firefighters were told not to go within 20 to 30 feet of the home because ice that formed on tree branches near the house, fearing the branches would snap under the additional weight.

No one was hurt and the home is a total loss. The cause of the fire remains under investigation. LFR will have a crew on standby outside the home through much of the day, in case any rekindling happens.