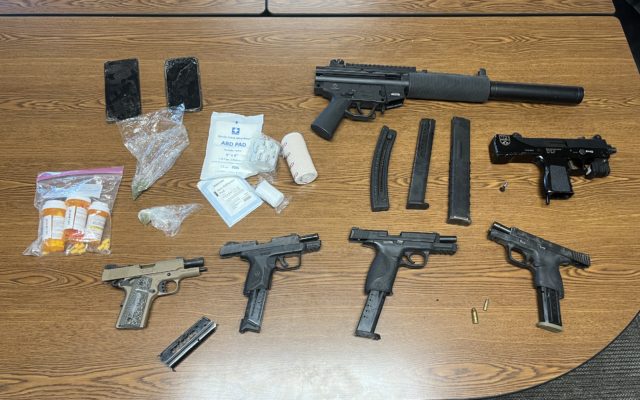 (KFOR NEWS  October 6, 2021)  A routine traffic stop on I-80 Monday morning by a Seward County deputy resulted in the discovery of 6 illegal firearms.

The deputy stopped a westbound 2020 Mazda CX-5 rental vehicle near the Seward exit.  Throughout the traffic stop, the deputy became suspicious that the driver and female passenger were involved in criminal activity.  The odor of marijuana was also present.  When the deputy explained that he would be conducting a probable cause search of the vehicle, the driver jumped out of the patrol vehicle, ran to his vehicle, and fled.  A pursuit was initiated. The Mazda reached speeds of 120 MPH as it traveled westbound and passed other vehicles on the shoulder.

Near mile marker 338, the vehicle drove into the median, made a U-Turn and proceeded eastbound.  The vehicle then exited I-80 at the Henderson exit, mile marker 342.  As it exited, the driver lost control, left the roadway, struck a culvert, and rolled the vehicle.  Paramedics were called to the scene while deputies and state troopers worked to pull the driver and female passenger from the wreckage.