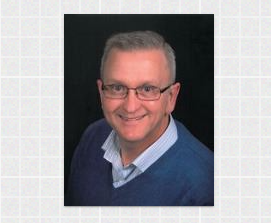 Shively has since been reappointed by Johanns, former Governor Dave Heineman, and Governor Pete Ricketts to five additional terms.  Shively has served longer than any other Lancaster County Election Commissioner since the office was established in 1947.

“It has been a pleasure to serve as Election Commissioner and I look forward to conducting the 2022 General Election,” Shively said.   “I can’t say thank you enough to my permanent staff and to the large number of seasonal staff that have worked with us to make democracy work here in Lancaster County.  Nothing that I have accomplished during my tenure in office would be possible without their commitment and hard work.”

Shively also expressed his gratitude to the thousands of poll workers who have served during the last 23 years.   “We have outstanding poll workers here in Lancaster County and are very fortunate to have so many volunteer their time and talents each election day,” Shively said.

Shively said during his tenure that he and his staff have had an outstanding working relationship with Nebraska Secretary of State Bob Evnen, as well as former Secretaries of State John Gale and Scott Moore.  Shively stressed the importance of the state/county relationship and that the counties depend greatly on the expertise and guidance of the state’s election staff.

When Shively leaves office in January he will be retiring with approximately eight months remaining in his current term which is scheduled to end on September 6, 2023.   The Governor elected in the November General Election will be responsible for appointing Shively’s successor.