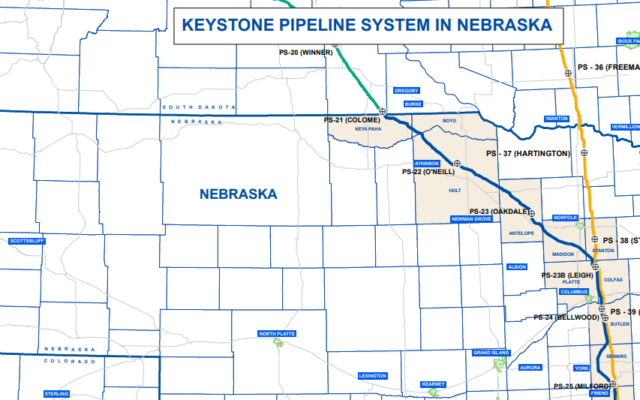 Almost immediately after the developer’s announcement, Attorneys filed motions on behalf of BOLD Nebraska and the Ponca Tribe asking that all eminent domain grants to TC Energy be rescinded.

This week, Nebraska Farmers Union sent a letter to the Public Service Commission that “respectfully requests they take immediate action to withdraw its route approval for the Keystone XL Pipeline owned by TransCanada, now rebranded as TC Energy.”   The letter went on to say that “NeFU represents 3,850 farm and ranch families, including landowners on the route fighting TC Energy’s use of eminent domain to force them to provide easements, access, and in some cases land against their will.”

NeFU President John Hansen says in the letter, “This action is necessary because notwithstanding the fact the required Presidential permit for this project has been withdrawn, and TC Energy has publicly stated they have abandoned the Keystone XL pipeline project, TC Energy continues its use of eminent domain authority to acquire easements, access, and in some cases land from non-cooperating landowners opposed to the Keystone XL Pipeline going through their property.”

The Farmers Union has complained for years that TC Energy is a foreign owned company that has “knowingly and aggressively misrepresented their legal position claiming they had eminent domain authority in force when they did not, misrepresented how the eminent domain process itself works, and the use of intimidation and bullying tactics to browbeat landowners into signing easements for their pipeline.”

NeFU President John Hansen said “We call on TC Energy to do the right thing and immediately withdraw all of their eminent domain actions against the 60 landowners in 9 Nebraska counties. Now is the time to make Nebraska landowners whole. We further call on the Nebraska Public Service Commission to take immediate action to withdraw its route approval of the Keystone XL pipeline and the eminent domain authority of TC Energy.”